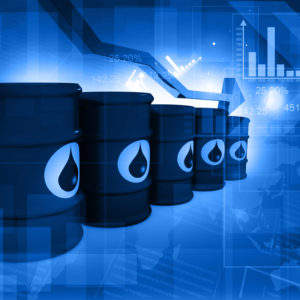 Yet another attempt of Brent crude failed to beat the $78 transient resistance which drove so much profit-taking over the last week. The raw oil market looks quite stable in general despite the fact that short-term charts indicate the anxiety of traders lately.

Such a mixed dynamics in prices and the absence of bullish stimulus were caused by Trump’s posts in his Twitter account concerning the oil market. This time, the USA President claimed that OPEC must reduce crude oil prices. The aggressive pressure of the US head on the Organization of Petroleum Exporting Countries plagued the incentives for bulls to stimulate the growth of oil prices as there are increasing worries that leading oil producers will do everything to gear up production amid a backdrop of global markets rebalancing.

On another level, however, Brent crude retains a relatively stable position near the 3.5-year highs because of supply concerns on the back of reducing production in Venezuela and the announced sanction of the USA on Iranian raw oil exports.

In the immediate future, traders will keep their eyes on the fresh weekly report from EIA. In case there is a further decrease in inventories and the ongoing pause in shale oil production, prices might show a local recovery and resume the $78 mark or even get above. But in a long-term perspective, Brent crude prices are fully dependent on the increasing OPEC production.